Last year in July, my buddy and I took a 2600 mile trip from Denver CO to the Candian border in Glacier Natl Park.  We were both riding Vstrom 650’s, 1st generation, and in preparation for the trip both decided to put new tires on the bikes.  As someone who has been using, and enjoying, Shinko tires for some time now, I naturally wanted to try some their ADV tires I’ve heard so much about.

This allowed for me to see what the real wear was going to be like for the 705’s.  I’ve heard stories about how long they wear, but I figured this would be a real torture test for them, and I was right.  We covered all kinds of surfaces; from long fast stretches of hot asphalt, to wet pavement, to various kinds of dirt and gravel, we covered it all.  And I have to say, these tires did an amazing job.

First, the long fast stretches.  There a sections we rode between Colorado and Montana where it was a strip of asphalt horizon to horizon.  To cover ground we had the bikes doing 75mph constantly, sometimes for 3.5-4hrs at a time.  Under the blazing sun the asphalt was getting really hot, and I was getting really concerned we were going to experience a rapid deflation at speed due to the stress we were putting these tires through.  But I am a bit of a worry wart.

Once off the pavement we were on gravel, some roads were smooth dirt, even oiled in sections, but other sections were very rough corrugation and still others were covered in lots of ragged stone.  On the long sections of corrugation we needed to keep our speed up so that we didn’t get beaten to death by the road, but this meant the tires were taking more of a beating.

In the end we had no failures whatsoever.  Not even a puncture.  The tires wore evenly without the appearance of any significant wear on the front tire at all.  The rear tire on the other hand is about 80% worn I think.  Maybe a little less, but not up for another long trip.  If I was just going to ride around town I’d leave it on for a while and wear the rest off as there is about 1/16th tread in the very center left.  It’s apparent that the hot asphalt is what took the biggest toll on the tire.  The rear is worn down in the center from all those hot miles on the pavement.

All in all I am really impressed with out these tires performed.  From fast sweepers on the pavement to dirt and a little muck, they really performed well.  I’ve used Shinko’s in the past and have always been impressed with value for money.  From Raven’s on my Concours14, to 244’s on my KLR to 750’s on my Harley.  I’ve never had a single issue with *any* Shinko tire I’ve bought.  They balance easily, wear great and are cheap compared to their peers.

Shinko’s aren’t the tires BMW or Ducati guys are going to buy.  They don’t fit their image, but for the rest of us these tires are great.  They are very predictable, last longer than you expect and cost about 1/2 of what other brand tires cost.  Go get some! 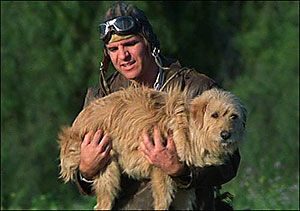